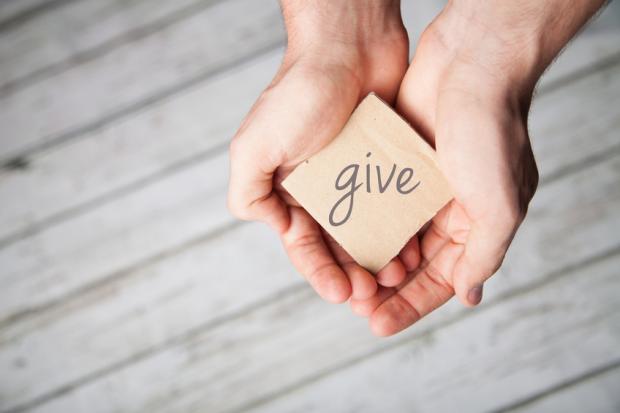 Charitable contributions made are not always deductible in the year they are incurred.  Unlike Canada, which issues a non-refundable tax credit based on the value of the donation, the U.S. has a systematic process for determining if donations are deductible and if any additional forms are required.

The charitable contributions that are eligible for deduction parallel the criteria for Canadian charitable contributions.  These include religious, educational, and not-for-profit organizations, less any amount of benefit received personally.  Unlike Canada, an allowance of 14 cents a mile (or the costs of gas) and fees for parking/tolls are eligible for travelling to and from the volunteer location.  The U.S. however, does not accept political party contributions as a charitable donation.  This may be a factor to consider when choosing which organization to contribute to for those U.S. citizens living abroad.

Donations made to a church, educational institution, hospital, library, museum, and other tax-exempt organizations and private foundations are subject to a 50% limit.  However, an exception exists for contributions of capital property that are valued using their fair market value; these contributions are subject to a special 30% of AGI limit.  If the capital property has appreciated in value and it was held by the donor for less than a year, the donation amount is the cost, but if the property has been held over a year, the fair market value is used for the donation amount.

Donations to a qualified conservation are also subject to a special 50% limit, but are considered after all other charitable contributions are deducted.  This 50% limit is extended to a 100% limit for farmers and ranchers.

It is important to note that this 30% limit for qualified organizations is a separate limit than the 30% limit for capital gains property described above.  These limits are computed separately and do not grind down each other’s eligibility, provided that the cumulative total of the contributions does not exceed the total 50% contribution limit for the year.

Deductions in excess of these amounts can be carried forward for 5 years and used in a subsequent year, subject to the same maximum 50% of adjusted gross income limit.  However, the donations must still adhere to the percentage limitation for that specific class of contribution in the carry-forward year in which the donation is claimed.  This 5 year carry-forward period is equivalent to the Canadian carry-forward provisions.

If the amount of a non-cash donation exceeds $500 USD, specific details of the donation are required on Form 8283.  These include the name and address of the done, a description of the property donated, the cost and fair market value of the item donated, among others.

Further, if the donation exceeds $5,000 USD, a qualified appraisal is required to support the claim.

The income tax treaty between the Canada and U.S. allows U.S. citizens/residents to claim charitable donations to Canadian organizations as a deduction on the U.S. tax return.  However, these contributions must still abide by U.S. tax laws and the percentage limits imposed by them (see Steps 1 – 4 outlined above).  Further, the donation must offset Canadian source income.  Therefore, if you are filing a U.S. tax return without any Canadian source income, the Canadian charitable donation will not be eligible for a deduction in that particular year.

Canada also accepts donations made to eligible U.S. charities for a donation tax credit on the Canadian tax return.  However, these donations must still adhere to Canadian tax laws in the following ways.  First, the contribution is still subject to the 75% of net income threshold applied to Canadian donations.  Secondly, the contribution to a U.S. charity must offset U.S. source income.  However, the carry-forward provisions still apply, allowing 5 years to use the U.S. donation credit provided U.S. source income is earned during this period.

An important exception exists for donations by a Canadian resident to a U.S. college/university in which they attended (or are attending) or one of their family members attended (or are attending).  For this exception, family members include spouses, lineal descendants, and brothers and sisters related by blood, adoption, or in full.  Under the Canada- U.S. tax treaty, these donations to U.S. universities are excluded from the 75% of U.S. net income limitation when determining eligibility to claim on the Canadian tax return.  The treaty permits these donations to be claimed according to general Canadian donation limitations; there is no requirement to have U.S. source income when claiming these donations to U.S. colleges/universities.  This exception is important when tax planning for U.S. citizens abroad and Canadian residents who studied in the U.S. who want to give back to their post-secondary institution.

A second exception exists for donations by Canadian residents who reside near the border and commute to the U.S. for employment or business purposes that are their primary source of income.   Donations to religious, charitable, scientific, literary, and educational organizations in the U.S. that would be eligible as a donation according to U.S. tax law are accepted as Canadian charitable donations and thus subject to the 75% of net income threshold when determining their eligibility (and not 75% of U.S. net income).  This exception is important for Canadian residents who are employed or work abroad and commute cross-border on a regular basis.

If you have any questions regarding cross-border charitable giving, please speak to one of our tax advisors.  There are only 2 months left to take advantage of these tax planning strategies via charitable donations for your 2015 personal income returns.

Nicole has lived in Vancouver all of her life.  She joined the firm in November 2012 and has worked in the public accounting industry since 2009 while completing her Bachelors Degree in Accounting at Kwantlen Polytechnic University.
Read More